WE ARE OPEN - READ OUR PROTOCOLS ON COVID-19 - Click Here

Moving to the United States can be an exciting experience full of promise and opportunity. Gaining lawful entry into the U.S. can be complicated, however, since the rules and procedures pertaining to immigration are intricate. Moreover, a foreign national who has received legal status may find their status at risk if immigration authorities determine that they are removable from the U.S. and place them in deportation proceedings. Whether you are seeking lawful entry into the U.S. or are faced with deportation, it is essential to engage a knowledgeable immigration attorney who can ensure that your rights are protected. At the Law Office of Armand Jawanmardi, we can explore your unique circumstances and determine an appropriate strategy for you.

Immigration is regulated by United States Citizenship and Immigration Services (USCIS), a component of the Department of Homeland Security (DHS). USCIS establishes the rules and guidelines that set forth the requirements for gaining lawful entry into the U.S., and it handles visa, asylum, and citizenship applications and proceedings. The laws and regulations pertaining to immigration are complex and are frequently modified. If you seek to gain admittance to the U.S. or modify your status, you should get the most current information from an immigration attorney at our Houston firm.

Deportation, also known as removal, is the process of formally removing a person who is not a citizen from the U.S. for violating immigration laws or committing a crime. USCIS manages the process of deportation and removal. If a person is removed from the U.S., he or she cannot legally re-enter the country without approval from the government. If the government has initiated removal proceedings against you, there are steps that you can take to attempt to avoid being deported, such as arguing that you are not legally removable or seeking immigration relief.

Asylum allows foreign nationals to escape persecution and is available for people who are deemed refugees pursuant to the Immigration and Nationality Act. The Act defines a refugee as an individual who left his or her home country due to fear of persecution or actual persecution because of his or her race, religion, political opinion, membership in a certain group, or nationality. Generally, an individual seeking asylum must file his or her application for asylum within a year of entering the U.S. If you are seeking to escape persecution, our Houston immigration attorneys can assist you with compassion and care.

The Immigration and Nationality Act was amended by the Violence Against Women Act (VAWA) to grant protections to domestic abuse survivors who wish to file an immigrant petition. The VAWA provisions allow spouses, children, and parents of U.S. citizens (and some children and spouses of permanent residents) who are victims of abuse to file immigrant petitions without the knowledge of the abuser. This allows the person filing the petition to seek independence from his or her abuser safely. The VAWA provisions are equally applicable to men and women. Our Houston immigration lawyers are adept at helping victims of domestic abuse file VAWA immigration petitions and can assist you with the process of drafting and filing your petition.

Many people who come to the U.S. dream of one day becoming a citizen. Citizenship comes with numerous benefits, including the right to freely live and work in the U.S., protection from deportation, and eligibility for government assistance. To become a citizen, you must meet the citizenship eligibility requirements and file an Application for Naturalization, and you generally must take an English-language examination regarding American government and history. In some cases, however, a person can become a citizen without taking the examination in English. You should not let this concern deter you from pursuing citizenship, since the immigration attorneys at our Houston firm may be able to obtain an accommodation for you.

If a person who came to the U.S. as a temporary visitor wishes to remain here permanently, he or she may be able to do so via an application for adjustment of status, which will result in receiving a green card. Adjustment of status allows a person to obtain permanent residency in the U.S. without needing to file an application for an immigrant visa. There are certain requirements that a person must meet to be eligible for adjustment of status. Typically, he or she must be within the U.S. and must have lawfully entered the U.S. In most cases, the person must have an approved and current immigration petition.

Immigration proceedings can be stressful, and an adverse ruling can permanently affect your legal status in the U.S. At the Law Office of Armand Jawanmardi, our attorneys represent parties in all types of immigration matters not only in Texas but also in other states. We can be contacted through our online form or at (713) 999-9115 to set up a confidential consultation and discuss your specific needs. 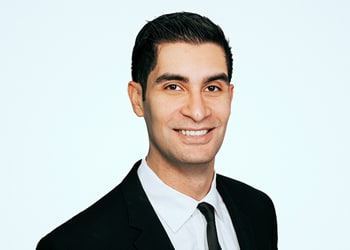 Houston immigration attorney Armand Jawanmardi is an attorney who has lived through and understands immigration issues on a personal and professional level. Born to an immigrant father, Armand has seen first-hand the difficulties a person can have adjusting and creating a new life in a foreign country.

View More
Client Reviews
★★★★★
Llamé al abogado de inmigración Armand porque no sabía que tenía una orden de deportación. Nunca recibí un aviso de que tenía que ir a la corte y el juez continuó mi audiencia sin mí y me ordenó deportada. Me reuní con Armand en su oficina y rápidamente investigó mi caso y presentó una moción para intentar reabrir mi caso de deportación. Ganamos y ahora puedo permanecer en los Estados Unidos sin temor a que alguien me arreste y deporte. Gracias a mi abogado de inmigración. Ismelda R.
★★★★★
We found Armand through a friend who recommended him and had a great experience using his services. My husband was detained by immigration because they came to the wrong house but found that he was living in the United States without documentation. I was desperate and called Armand for help. I was surprised when he answered because it was over the weekend and it was late but I am glad he did. He patiently listened to me and visited my husband at the detention center. He then devised a strategy to try and get him released from custody. THANK GOD WE FOUND HIM. Armand’s hard work led to the immigration judge giving my husband a bond. My husband is now home with us and we look forward to working with Armand to legalize him in the future. Armand is the best. I highly recommend him. Jennifer L.
★★★★★
Mi hijo fue arrestado por conducir sin licencia y luego la inmigración fue a buscarlo mientras estaba en la cárcel. Inmigración lo trasladó a un centro de detención que estaba sucio y no lo alimentaron. Queríamos sacarlo rápidamente. Llamamos a Armand y en unas pocas semanas el juez ya le dio una fianza de inmigración y lo liberó! Le debemos todo a nuestro abogado. Muy honesto e inteligente. El abogado luchas para la comunidad latina. Javier M.
★★★★★
If you need a legal service, you should hire my Attorney Armand Jawanmardi. He is from Texas. He is the best, very professional. He took care of my Adjustment of Status case. He answers all the questions and everything we need to know, and when you email him, he answers right away. Thank you so much for your service. Texas I highly recommend Atty. Armand Jawanmardi. Jay E.
View More
Submit a Law Firm Client Review
Contact Us